Presenting the Technology Park pilot:
“E-LAND can have a significant impact on the world”

The Spanish E-LAND pilot, Walqa Technology Park, aims to bring different technologies together and manage the united infrastructure in a coordinated way.

The three E-LAND pilots in Norway, Spain and Romania will all test different aspects of the toolbox concept – to optimize and control multi energy islands and isolated communities.

“Our pilot site is a technology park with different stakeholders. It is on the edge of the distribution power grid, which means it can be easily overloaded. There is an important penetration of local generation by means of renewable energies, mainly solar photovoltaics and power windmills,” says José Manuel Martín of Walqa Technology Park in Spain. 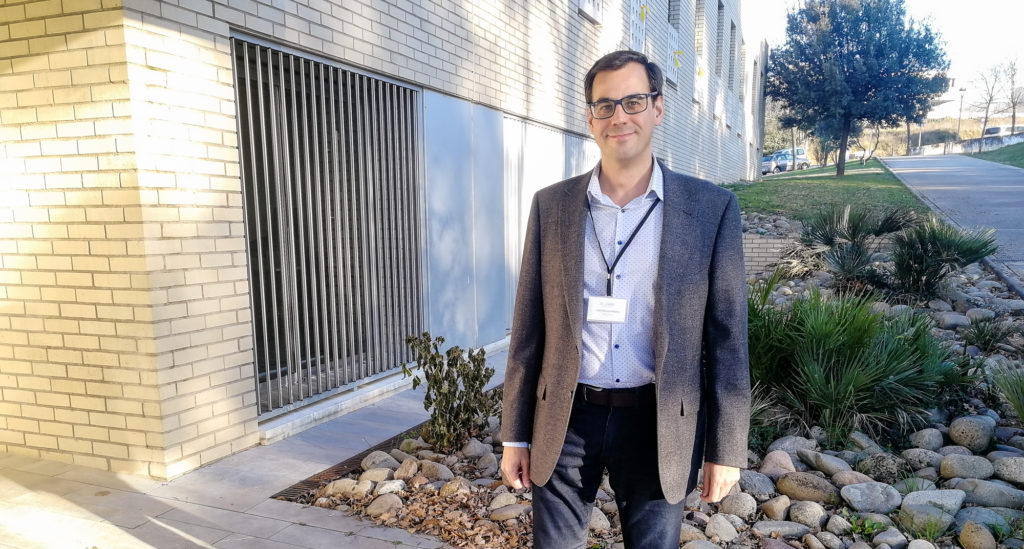 He explains that the Spanish pilot seeks to test different solutions to increase the monitoring of the different assets and the intelligent systems – to control all the assets in a coordinated way, improving not only energy efficiency but also saving expenditure in energy generated outside of the technology park.

“We have been participating in different national and European projects over the last six years, developing different technologies around renewable energies, energy storage, intelligent control systems, increasing energy efficiency in the technology park. We needed a project to bring these technologies together and managing the united infrastructure in a coordinated way. That is what we expect to get from the E-LAND project,” remarks Martín.

He is excited to see how the three different pilot sites, located in different regions in Europe, will affect society.

“Mostly, the energy consumption depends on different climatic areas, and also, in the different activities developed at the pilot sites. We think there is a good diversity of different uses and climatic locations, and we expect to get good synergies of that,” Martín points out.

Replicable for the world

Inycom is a technology company within the energy sector. As an energy service company, they expect to replicate the different solutions that will be applied in the pilot site, not only at other locations in Spain, but also to establish partnerships with project partners in other European countries to expand the business and learn more about different energy markets.

“I think that the solutions envisioned in the E-LAND project for a comprehensive management of different energy vectors in the infrastructure are going to be configurable enough to be replicated in other parts of the world, not only in other countries and areas with similar characteristics as the demo sites in E-LAND. I think E-LAND can have a significant impact on the world, if done right,” concludes Martín.

@elandh2020 : We want to send a big thank you to all the panelists, speakers, and attendees that participated in today's Business… https://t.co/facKtbuZlw ( - 2 months ago)

@elandh2020 : What does the future bring to society with the transformation of the energy sector with regards to sector coupling… https://t.co/8f1RYuJzk0 ( - 2 months ago)

@NCESmart : RT @NCESmart: This week, Smart Innovation Norway senior researcher Sanket Puranik is participating at @ISUW2020, where he showcases the com… ( - 2 months ago)

@elandh2020 : The topic of the energy transition touches upon many aspects of society. In this pre-conference workshop, these top… https://t.co/PUmMDaAUzM ( - 3 months ago)